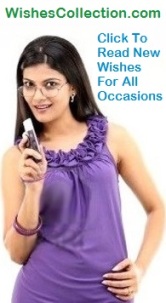 A good boss is a person who can tolerate my complaints and still manage to say hello to me everyday.

The only time some people work like a horse is when the boss rides them.

A good boss makes his men realize they have more ability than they think they have so that they consistently do better work than they thought they could.

Dear Boss, in case you didn't know I am very grateful to work for you. It is you who give me the chance to prove myself and if it is not because of you my siblings would never had a chance to enter college. Thank you for the encouragement and endless support from you

Thank you much more, than a greeting can say, because you were thoughtful in such a nice way!

People ask the difference between a leader and a boss. The leader leads, and the boss drives

I can no other answer make, but, thanks and thanks

Working for you is an honor, working without you is an absolute horror. Working under you is a pleasure, an experience that I will truly treasure. Thanks boss.

By working faithfully eight hours a day you may eventually get to be boss and work twelve hours a day.

As our boss, you are highly motivational.

A leader is admired, a boss is feared.

To make a long story short, there's nothing like having a boss walk in.

"‘Bossy' is someone who bosses people around without reason."

If it wasn't for bad bosses, I wouldn't know what a good one was like.

If you think your boss is stupid, remember: You wouldn't have a job if he was any smarter.

Your real boss is the one who walks around under your hat.

Key to being a good manager is keeping the people who hate you away from those who are still undecided.

A leader in the Democratic Party is a boss, in the Republican Party he is a leader.

Sometimes the best solution to morale problems is just to fire all of the unhappy people.

People ask the difference between a leader and a boss.
The leader leads, and the boss drives.

A good boss is a person who can tolerate
my complaints and still manage to say hello to me everyday.

There is only one boss. The customer.
And he can fire everybody in the company from the chairman on down,
simply by spending his money somewhere else.

In my house I'm the boss, my wife is just the decision maker

No man goes before his time, unless the boss leaves early.

A boss creates fear, a leader confidence. A boss fixes blame,
a leader corrects mistakes. A boss knows all, a leader asks questions.
A boss makes work drudgery, a leader makes it interesting.


Being the boss anywhere is lonely.
Being a female boss in a world of mostly men is especially so.

Everyone rises to their level of incompetence.

The smallest act of kindness is worth more than grandest intentions.

The only people with whom you should try to get even are those who have helped you.
For me, you are one such person.

My Boss frequently gets lost in thought. That's because it's unfamiliar territory.

I didn't say it was your fault. I said I was going to blame it on you.

I've met a few people in my time who were enthusiastic about hard work.
And it was just my luck that all of them happened to be men I was working for at the time.

Nothing so conclusively proves a man's ability to lead others as what he does from day to day to lead himself.

Don't worry about people stealing your ideas.
If your ideas are any good, you'll have to ram them down people's throats.

Most people like hard work. Particularly when they are paying for it.

Monday is a lame way to spend 1/7 of your life.

If a trainstation is where the train stops, what's a workstation?

If you think your boss is stupid, remember: you wouldn't have a job if he was any smarter.

I can no other answer make, but, thanks, and thanks.

Thank you! I'm speechless... And that's a first!

By working faithfully eight hours a day you may eventually get to be boss and work twelve hours a day.

One measure of leadership is the caliber of people who choose to follow you.

Accomplishing the impossible means only that the boss will add it to your regular duties.

I would be a billionaire if I was looking to be a selfish boss. That's not me.

Ability is what will get you to the top if the boss has no daughter.

My Boss said to me, "What you see as a glass ceiling, I see as a protective barrier.